Playing As Akali (the fist of shadow)

Akali - the fist of shadow

Akali excels at killing weaker characters. Let your team initiate and then strike at the people in the back.

Find the balance between storing Essence of Shadows, and using Shadow Dance before having max charges. 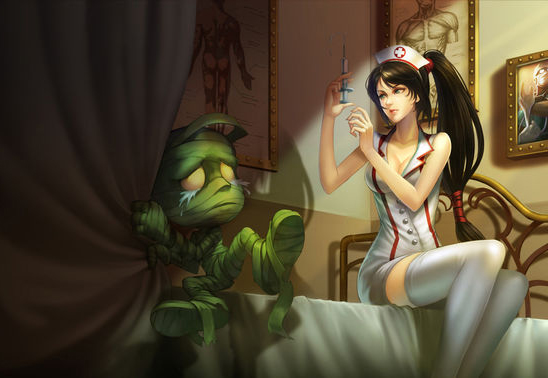 Akali can still be hit by area of effect spells while invisible inside Twilight Shroud.

Akali greatly benefits from both The Dark Seal and Mejai's Soulstealer. Watch which items she gets and prioritize her accordingly.

Return to base if your Health is low and Akali has multiple charges of her ultimate.

Akali's ultimate allows her to strike through and deal damage to enemies. Her Crescent Slash deals crazy damage when built right. When at the nexus and the team crowds, be watchful of Akali, she can ultimate and Crescent Slash. Depending on health and proximity to the Crescent Slash, the entire team can be wiped out.

Akali's passive is used on her auto attacks. The first attack will give Akali back a percentage of her health. The second strike deals increased damage. If she's low health and has her Twilight Shroud, be careful because she will auto attack to gain health and, if she has it, summoner heal and turn the tables on your engagement.

Akali's first two attacks are empowered. The first strike heals her, and the second strike deals bonus magic damage. Twin Disciplines will recharge itself automatically a short while after being used.

Mark of the Assassin (Q)

Akali teleports to a nearby location, leaving a cover of smoke at her previous location that lasts for 8 seconds and slows enemies within its area by 14/18/22/26/30%.While inside the shroud Akali gains Invisibility and 20/40/60/80/100% movement speed. Attacking or using abilities briefly removes Invisibility.Stealth - Invisible: Akali can only be revealed by nearby enemy Turrets or True Sight.

"The Fist of Shadow strikes from the cover of death itself. Do not impede the balance."
There exists an ancient order originating in the Ionian Isles dedicated to the preservation of balance. Order, chaos, light, darkness - all things must exist in perfect harmony for such is the way of the universe. This order is known as the Kinkou and it employs a triumvirate of shadow warriors to uphold its causes in the world. A prodigy in the fighting arts, Akali is a member of the martial order known as the Kinkou. She succeeds her mother as the Fist of Shadow, entrusted with the sacred duty to end those who would bring imbalance to her homeland. While some find her methods extreme, Akali is judicious in maintaining harmony across Ionia. Akali is one of these shadow warriors, entrusted with the sacred duty of Pruning the Tree - eliminating those who threaten the equilibrium of Valoran.

A prodigious martial artist, Akali began training with her mother as soon as she could make a fist. Her mother's discipline was relentless and unforgiving, but predicated on a fundamental principle: "We do that which must be done." When the Kinkou inducted her into the order at the age of fourteen, she could slice a dangling chain with a chop of her hand. There was no question - she would succeed her mother as the Fist of Shadow. She has had to do much in this role which others might find morally questionable, but to her, it is in service of her mother's inviolable doctrine. She now works with her fellows Shen and Kennen to enforce the balance of Valoran. This hallowed pursuit has unsurprisingly led the triumvirate to the Fields of Justice.