The League of Legends’ new hero blueprint is coming to Akri’s attention. 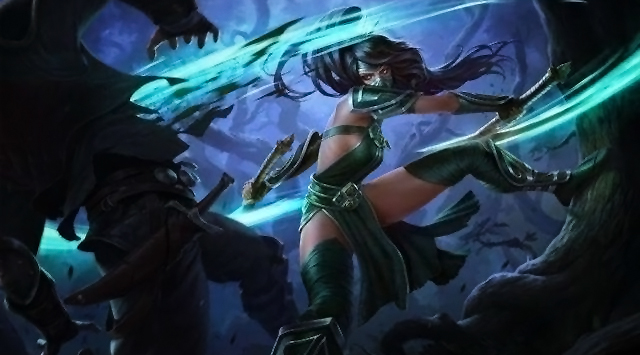 Players are asking Akali next year will get a new skin, because there has been no Riot Games staff to answer this question, Reav3 also made an ambiguous answer, "Akali has recently appeared in my mind, but I'm not sure she next year whether there will be a new skin and skin because I am not a member of the team." Reav3's recent focus on Akali is certainly not because she's going to get a new skin, it's likely to be considering whether to redo Akali, because Akali is one of the heroes that designers have mentioned to be redoing a few years ago. Next year's hero scheduling is not yet certain, and Akali is one of the remaking objects.
Reav3 also mentioned that RiotAugust has recently returned to the hero update team, which is responsible for a VGU project that has not yet been released, and that VGU is a large redo project with the appearance and game update. Due to the launch of Swain in January 2018, it is possible to launch Irelia in April, so it is likely that the hero of Riot August will not be online until July.
As for Riot August's remaking heroes, Reav3 will be revealed in a later hero blueprint, and he admits that the next phase of the hero's blueprint will come soon after Swain's launch. Swain is likely to go online in the 8.2 test suit cycle on January 10 and then go on to the official suit on January 24, which means we will see a new hero blueprint at the end of January. In that heroic blueprint, it's likely that RiotAugust's hero will be revealed, and RiotJag is a clue to the hero league's 140th new hero.

If you want to quickly become a high-level Akali, you can choose ELO Boosting or buy League of Legends Account.