The first footage of Rengar’s rework has been revealed

The first footage of Rengar's rework has been revealed, and it looks a lot like his old kit.

According to game designer David Capurro's new video on Twitter yesterday, "League of Legends" resident Rengar is getting another rework. Is this the fourth or fifth rework for the ol' kitty? We've lost count. 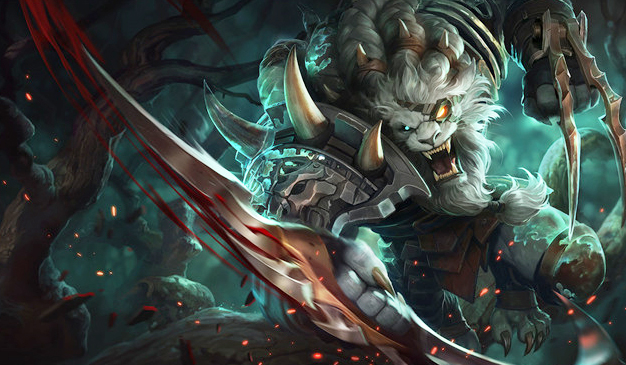 In this update, we will bring the love hunting hunter considerable changes, including competitors in responding had more chance to see his offensive, and his tactics more fierce and hard to predict.

This time should be a little bit different than his previous updates, though, because it appears to be more of a revert than a rework. The sneak peek shows Rengar with five bars of Ferocity and his Q simply being an enhanced basic attack, just like they were before his update in November 2016.

With his Q being a basic attack reset once more, we imagine his passive, Bonetooth Necklace, will also receive an update. Right now, the passive grants bonus AD, which will add up a lot with two basic attack resets granted from a Q and empowered Q.

In the past, passive provides practical improvements, such as longer strides and faster limits, without directly affecting his damage. If the passive is reused, it may move in that direction to avoid giving power to his new (old) Q.

A hero's life and death should not depend on whether a BUG occurs. This is not a change in game mechanics, but Rengar basically needs to start from scratch and the underlying mechanism is updated.

There is no timeline in the Rengar update, but as the game plays video to the public, hopefully it won't be too far off.